What Is Compulsive Skin Picking? Supplements to Live Happily… 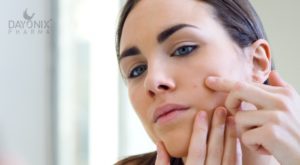 Compulsive Skin Picking (also known as dermatillomania or excoriation disorder) is a psychological condition related to obsessive-compulsive disorder. CSP manifests in the form of repetitive touching, scratching, picking, and digging at one’s own skin which results in visible skin damage and disfigurement from lesions, discoloration, open wounds, scars, and infections.

Consuming best supplements of multivitamins including vitamins C, E, A and Zink are considered as the nutritional support for wound healing associated with CSP disorder.

This body-focused repetitive behavior (BFRB) commonly begins in adolescence, but may also occur among children (under 10 years old), or adults (between the ages of 30 and 45).  CSP disorder affects approximately 1.4% of American adults, and is diagnosed in women 8 times more than in men.

What are the symptoms of CSP?

The face is the most commonly affected body area for individuals with CSP. However, the fingers and arms are often target areas as well. To be diagnosed with the disorder the sufferer must show several indicators. Some of the most common include:

What are the causes of CSP?

Compulsive skin picking is a very complex disorder which is triggered by a number of different stimuli as well. Research demonstrates that it is more common in individuals with obsessive-compulsive disorder and most likely caused by a complex combination of genetic, individual temperament, stress, age, biological, and environmental factors.

Many compulsive skin pickers describe stress as the most irresistible triggers they face in trying to control their self-defeating behaviors.  And they will often say they understand that their failure to refrain from the picking behaviors during times of stress is its own stress-related trigger. Most sufferers with Compulsive Skin Picking report the urge to pick when they feel anxious or depressed. However, they describe that the behavior often becomes a habit and they begin to do it unconsciously even when there are no feelings of stress or other strong negative emotions.

What are the treatments of CSP?

CSP is a complicated psychological syndrome which needs immediate attention of not only the picker but also his or her family, friends, and doctors.

During this kind of obsessive-compulsive behavior the hands, especially the ends of them, the fingertips and nails, are exposed to diverse injuries and infectious diseases.

Evidence suggests that both pharmacological therapy and cognitive-behavioral therapy (CBT) in conjunction with one another may effectively reduce symptoms of excoriation disorder;